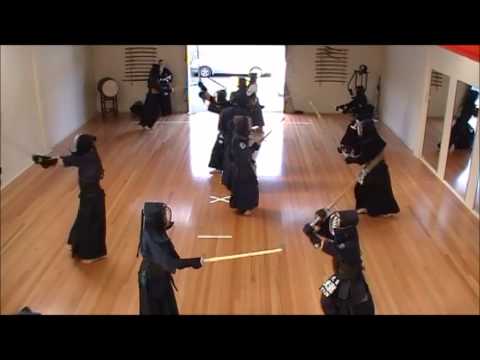 However, two years later, the building was destroyed in the 4 September 2010 Canterbury earthquake and so the club trained at various community centres across Christchurch.

In the 22 February 2011 earthquake, the club lost two of its members in the CTV building.

This difficult time prompted Alex to get the club he started back on it's feet, and he bought a warehouse on Blenheim Road to be converted into a dojo.

After a year with no fixed abode, the club entered a new era in October 2011, with the completion of a purpose built floor at the Blenheim Road dojo - the first dedicated Kendo dojo in the South Island.